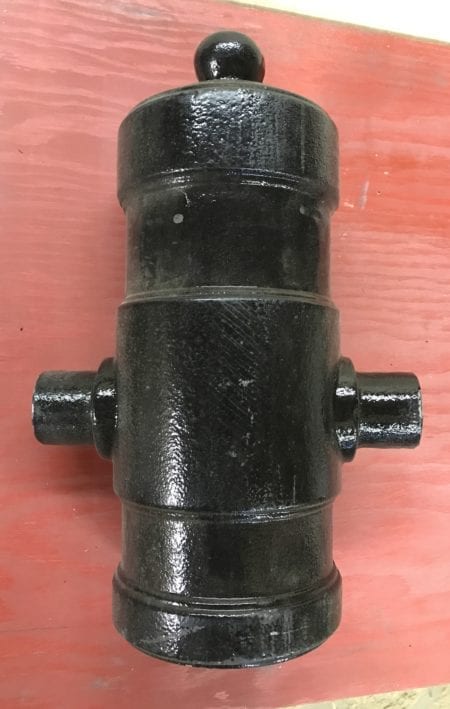 The Spanish Howitzer , in Silhouette, is uniform. That is, it is a cylinder and marked only by reinforcing band, trunion assembly and cascable. The firearm was used on shipboard to set fire to an enemy’s sails.
*Carriage not included*

A cute little howitzer we were asked to make some years ago, has been a good entry cannon due to it’s serviceable weight.

Before you drool too much – Hern sells the barrel only – sorry!

Feb.’19: I actually have one on hand now as these are quite popular; sometimes we do run out of stock but will let you know if there will be a delay in fulfilling your order!

The Spanish Howitzer , in Silhouette, is uniform. That is, it is a cylinder and marked only by reinforcing band, trunion assembly and cascable. The firearm was used on shipboard to set fire to an enemy’s sails.

In the Hussite Wars of the 1420s and 1430s, the Czechs used short barreled “houfnice” cannons to fire at short distances into such crowds of infantry, or into charging heavy cavalry, to make horses shy away.

Since the First World War, the word howitzer has been increasingly used to describe artillery pieces that, strictly speaking, belong to the category of gun-howitzer – relatively long barrels and high muzzle velocity combined with multiple propelling charges and high maximum elevation. This is particularly true in the armed forces of the United States, where gun-howitzers have been officially described as “howitzers” for more than sixty years. Because of this practice, the word “howitzer” is used in some armies as a generic term for any kind of artillery piece that is designed to attack targets using indirect fire.

Thus, artillery pieces that bear little resemblance to howitzers of earlier eras are now described as howitzers, although the British call them guns. Most other armies in the world reserve the word howitzer for guns with barrel length 15 to 25 times its caliber, longer-barreled guns being cannons. The British had a further method of nomenclature. In the 18th Century they adopted projectile weight for guns replacing the old naming system of Culverin, Saker, etc. that had developed in the late 15th Century. Mortars had been categorized by calibre in inches in the 17th Century and this was inherited by Howitzers. 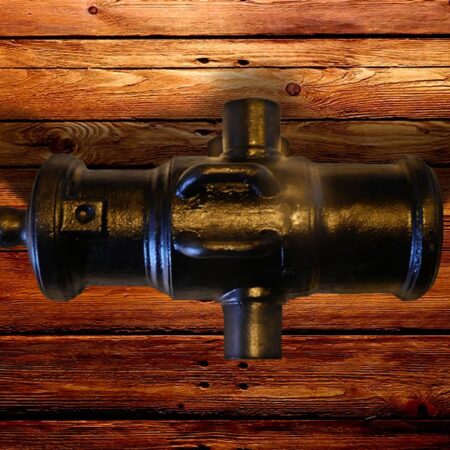 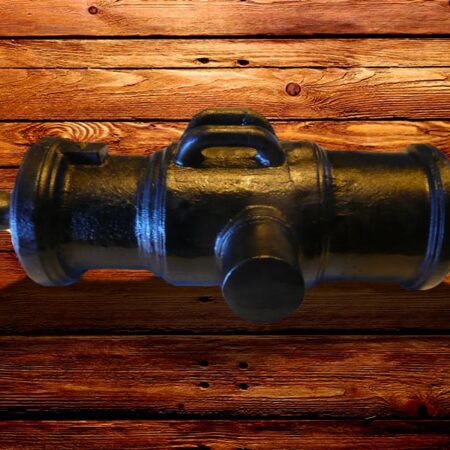 The  Revolutionary Howitzer  as cast by Hern Iron Works has a 3″ diameter straight full length smooth bore. The liner is 1/2″ wall DOM steel, with a concave breech plug press fitted & welded. One of my favorite pre-civil war pieces we make! *Carriage not included*