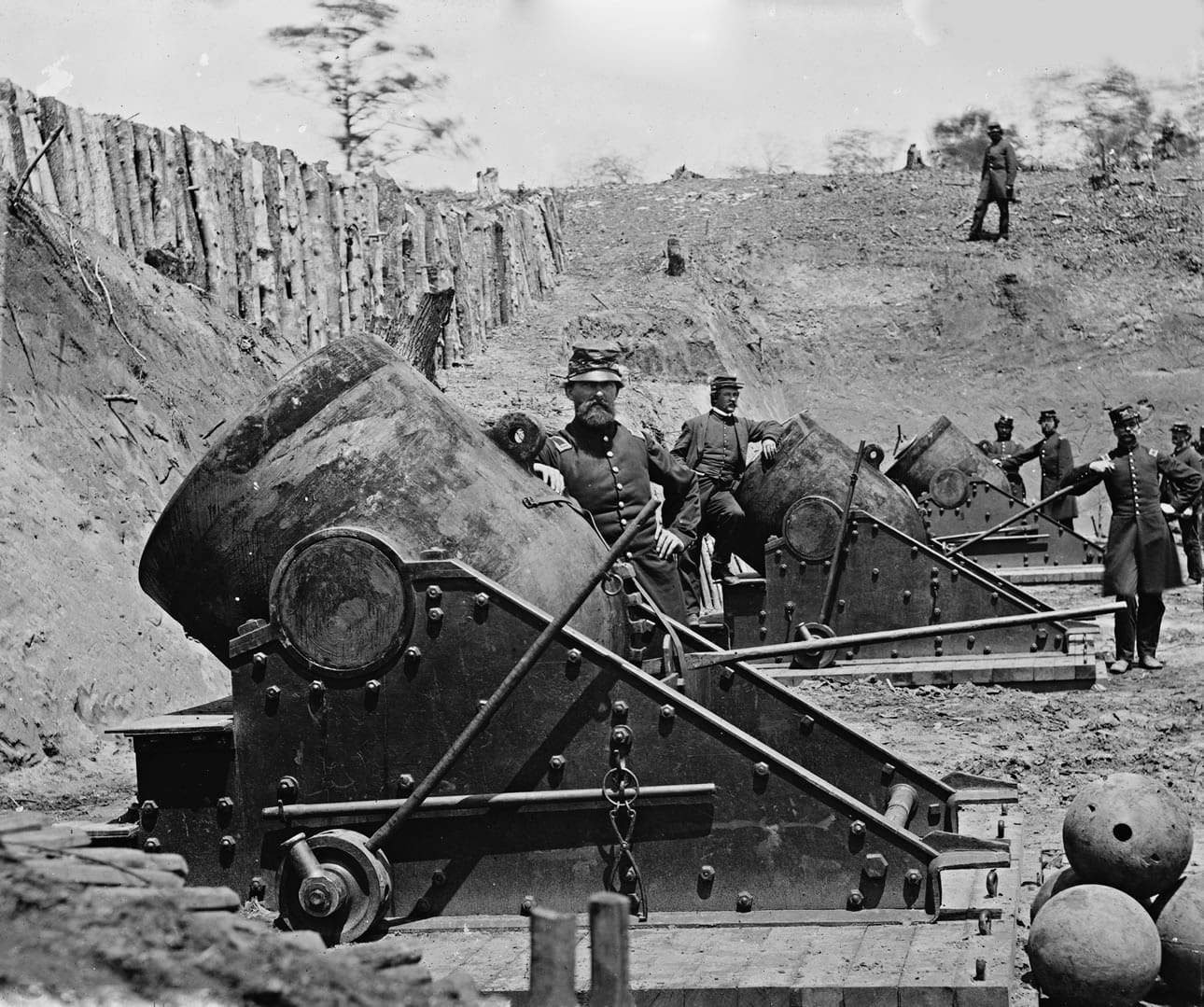 By bayley@usacomputer.net
Comments Off on SIEGE MORTAR ARTILLERY IN THE AMERICAN CIVIL WAR

Siege mortar artillery is heavy artillery primarily used in military attacks on fortified positions. At the time of the American Civil War, the U.S. Army classified its artillery into three hundred varied types, depending on the gun’s weight and intended use. Field artillery were light pieces that often traveled with the armies. Siege and garrison artillery were heavy pieces that could be used either in attacking or defending fortified places. Seacoast artillery were the heaviest pieces and were intended to be used in permanent fortifications along the seaboard. They were primarily designed to fire on attacking warships (Gibbon 1863, p. 54). The distinctions are somewhat arbitrary, as field, siege and garrison, and seacoast artillery were all used in various attacks and defenses of fortifications. This article will focus on the use of heavy artillery in the attack of fortified places during the American Civil War.

The weight and size of siege artillery prevented it from regularly travelling with the armies. When needed, siege artillery and other material needed for siege operations were assembled into what was called a siege train and transported to the army. In the American Civil War, the siege train was always transported to the area of the siege by water.

The siege trains of the Civil War consisted almost exclusively of guns and mortars. Guns fired projectiles on horizontal trajectory and could batter heavy construction with solid shot or shell at long or short range, destroy fort parapets, and dismount cannon. Mortars fired shells in a high arcing trajectory to reach targets behind obstructions, destroying construction and personnel.